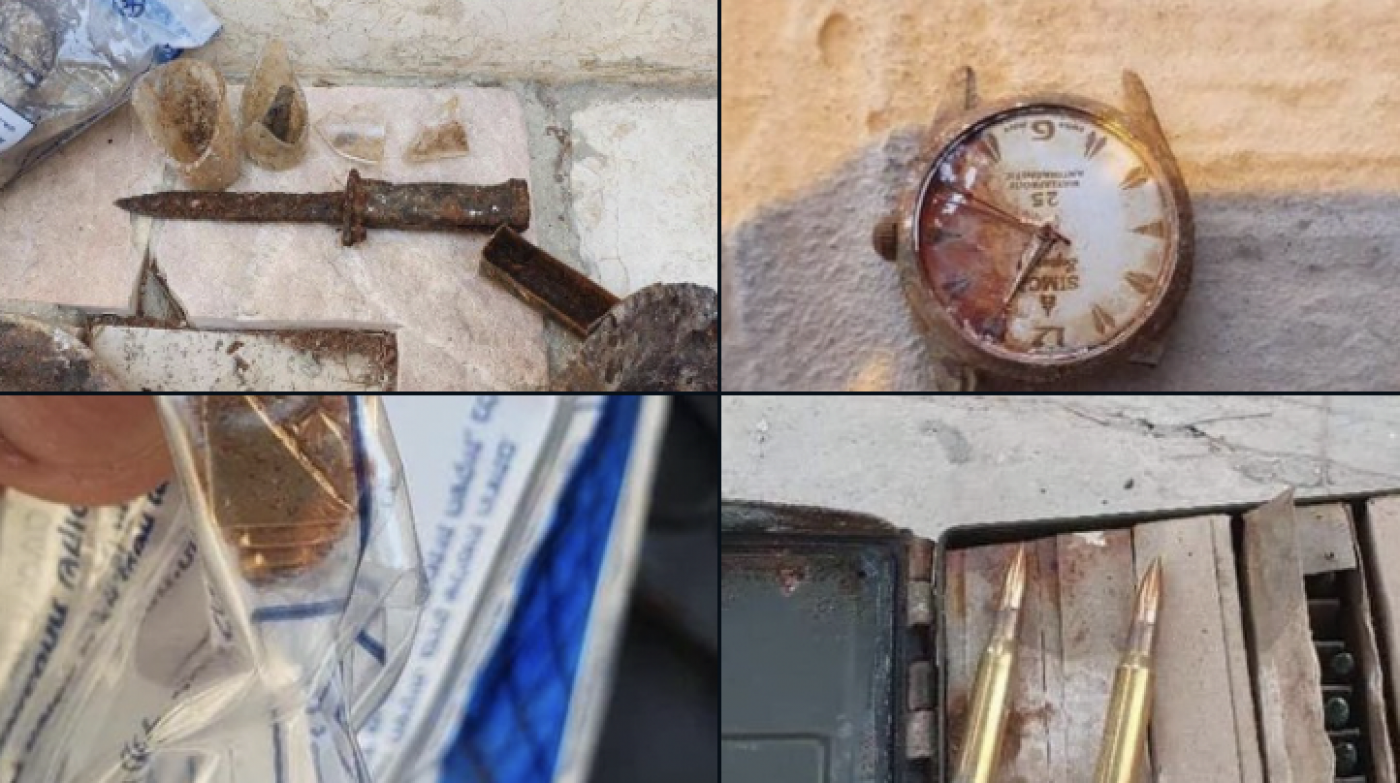 Decades-old remains believed to be of a Jordanian soldier were uncovered in the Ammunition Hill (Tal al-Zakhira) area in occupied Jerusalem on Wednesday during the excavation of the light-rail line.

The soldier was found with a ring on his finger, a rifle in his hand and a bayonet in his belt. Excavations also unearthed a box of bullets as well as a number of grenades and a pocket watch.

A Jordanian army helmet found near the body aided excavators in identifying the body as belonging to a Jordanian soldier.

Following examination, it was determined that the soldier was killed in battle during the 1967 Arab-Israeli War, also known in Israel as the Six-Day War.

The news was first revealed by the director of the Israeli Six-Day War Heritage Center, Ketri Moaz, who published information along with images on his personal Facebook.

“He waited for us 54 years!” wrote Moaz. “It’s clear to me that we touched history.”

Members of the police force and criminal investigators were called to the area and an investigation was opened immediately, according to the Israeli television channel Keshet 12.

The body was then transferred to the L. Greenberg National Institute of Forensic Medicine at Abu Kabir in Tel Aviv, where an autopsy will be performed in order to identify the soldier.

Former Jordanian MP Saddah al-Habashneh prematurely took to Facebook to identify the soldier as Mohammed Karim al-Tarawneh from the Jordanian city of al-Karak. Tarawneh is thought to be among the soldiers who were declared missing following the Battle of Ammunition Hill.

The claim made by Habashneh provoked a wave of social media posts paying tribute to the soldier.

However, an official military source from the General Command of the Jordan Armed Forces – Arab Army has rebutted the suggestion that the body is al-Tarawneh’s, denying the claims circulating on social media.

The Arab-Israeli War was fought between Israel and an Arab coalition, including Jordan, Syria and Egypt, from 5 to 10 June 1967.

Ammunition Hill, located in the Sheikh Jarrah neighbourhood, was a Jordanian army post where a two-day battle was fought during the war. Of the 101 Jordanian soldiers who fought in the battle, 97 were killed.

Earlier this month, two unexploded bazooka rockets were also uncovered in the area, according to the Times of Israel. In 2017, two skeletons belonging to Jordanian soldiers were found in the southern parts of Jerusalem and were handed to Jordanian officials.