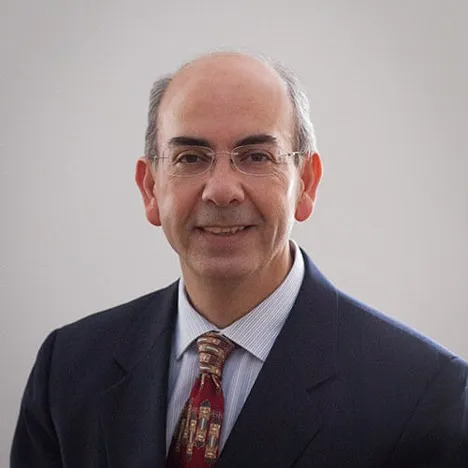 Crossing Borders, Engaging in Peace
A View of Palestinian-Israeli Peacebuilders

We hear and read about conflict, war, and violence and not as much about peace. We learn much about top-down peacemaking and know little about bottom-up peacebuilding. Yet, both groups are important for the actualization of peace. While the first – mostly undertaken by government officials – concerns itself with the termination of hostilities and the initial phases of post-conflict periods, the second – the domain of ordinary people and non-governmental organizations – addresses peace promotion for the longer term.

More attention should be directed toward peacebuilders as they are the ones who normally have influence on the minds and hearts of others through ideas on the one hand and activism, advocacy, and cooperation on projects on the other. They have much to teach us when they influence public officials or apply pressure against unjust governmental policies; when they defend the liberties and rights of the dispossessed or minorities; when they cultivate empathy across borders and identity lines; when they foster equality, pluralism, coexistence, and reconciliation; and when they promote a healthy environment.

Reflecting on over three decades of engagement in Arab-Jewish dialogue in the United States and peacebuilding in Israel/Palestine, it becomes evident that peacebuilders think deeply about the level and nature of their involvement in terms of the language they use, the time periods they emphasize, the boundaries and maps they advocate for or follow, and the ideological perspectives and narratives they espouse. They know that their peace work will succeed to the extent that they become critical thinkers, that they escape the grip of either-or mentality and move beyond the mental and physical borders.

Jewish Israeli and Palestinian peacebuilders believe that the bad experiences have led many Jewish Israelis and Palestinians to have negative images of the other, with each blaming the other for what is ailing them. They blame each other as if their problem is strictly external. They ignore the culture of fear in which they live, which places them at some remove from their hearts and from others within and outside their own society.

In this landscape, Jewish Israelis give dominance to security issues, thus turning peace into a scary goal. In this landscape, many Palestinians become increasingly more desperate, publicly holding onto the past but privately fearful that the past has guided them toward a dead end.

While Jewish Israeli peacebuilders understand the needs of Israeli security, they believe that the occupation is damaging Israel’s moral and social fabric. Palestinian peacebuilders are profoundly concerned about the killing of dreams, of hope, and of spirit, in their minds. Whereas many among them understand Jewish suffering throughout history, they do not accept the use of such suffering by Israel to deny Palestinians their right to freedom, independence, and statehood.

Personal transformation occurs for various reasons and expresses itself in a variety of ways. For some, it follows a catastrophe or a major crisis such as the loss of loved ones or dispossession; for others, it results from new information or knowledge about reality, causing them to question, raise doubts, and reevaluate their assumptions, beliefs, and circumstances.  Reevaluation is painful as it often leads to restructuring one’s ideology, psychology, and possibly identity.

Both Jewish Israeli and Palestinian peacebuilders realize that change is extremely difficult to materialize, especially if the daily situations do not lend themselves to harmony, happiness, and peace. For change to occur, it must result from serious encounters with the other, built on recognizing and respecting the other in her/his own right, as opposed to an extension of oneself.  The perception must be whole, not segmented, and must include not only the political, but also the psychological, cultural, economic, and societal.  Moreover, change is protracted, involving deep listening, empathy, and trust, as well as winning the heart and mind of the other or at least the respect of the other.

Both Jewish Israeli and Palestinian peacebuilders do not hold onto extreme or irreconcilable visions. The distance between them is rather close. While principled, most are realistic about the conditions surrounding them. They shun hatred, physical and mental walls, revenge, and violence, advocating instead for cooperation, equality, inclusion, and justice. For them, being pro-Israel does not mean being anti-Palestine and being pro-Palestine does not mean being anti-Israel. Public officials and citizens in Israel/Palestine would be better off if they listen more attentively to the peacebuilders in their respective societies.

*This essay is based on Dr. Saliba Sarsar’s book, Peacebuilding in Israeli-Palestinian Relations. More details on peacebuilding groups and individuals can be found in the “Directory of Palestinian, Israeli, and Palestinian-Israeli Peacebuilding Groups,” a publication of the Jerusalem Peace Institute. See also “Overcoming the Border, Advancing Peace,” Peace News Network, https://peacenews.com/overcoming-the-border-advancing-peace/.

**Dr. Saliba Sarsar is co-Founder and President of the Jerusalem Peace Institute. He is Professor of Political Science at Monmouth University and Visiting Research Collaborator at Princeton University in 2022-2023. His teaching and scholarly interests focus on the Middle East, Palestinian-Israeli affairs, Jerusalem, and peacebuilding. His most recent authored books are Peacebuilding in Israeli-Palestinian Relations (2020) and Jerusalem: The Home in Our Hearts (2018). His most recent edited books are The Holy Land Confederation as a Facilitator for the Two- State Solution (2022) and What Jerusalem Means to Us: Christian Perspectives and Reflections (2018). His most recent co-edited books are Inequality and Governance in an Uncertain World: Perspectives on Democratic & Autocratic Governments (2023); Democracy in Crisis Around the World (2020); Continuity and Change in Political Culture: Israel and Beyond (2020), and What Jerusalem Means to Us: Muslim Perspectives and Reflections (2021). He is the guest editor of a special issue of the Journal of South Asian and Middle Eastern Studies, focusing on “Israel, Palestine, and the Challenge of Peace” (2020). Dr. Sarsar was featured in several publications, including The New York Times, and is the recipient of the Award of Academic Excellence from the American Task Force on Palestine, the Global Visionary Award and the Stafford Presidential Award of Excellence from Monmouth University, the Humanitarian Award from the National Conference for Community and Justice, and the Holy Land Christian Ecumenical Foundation Award.