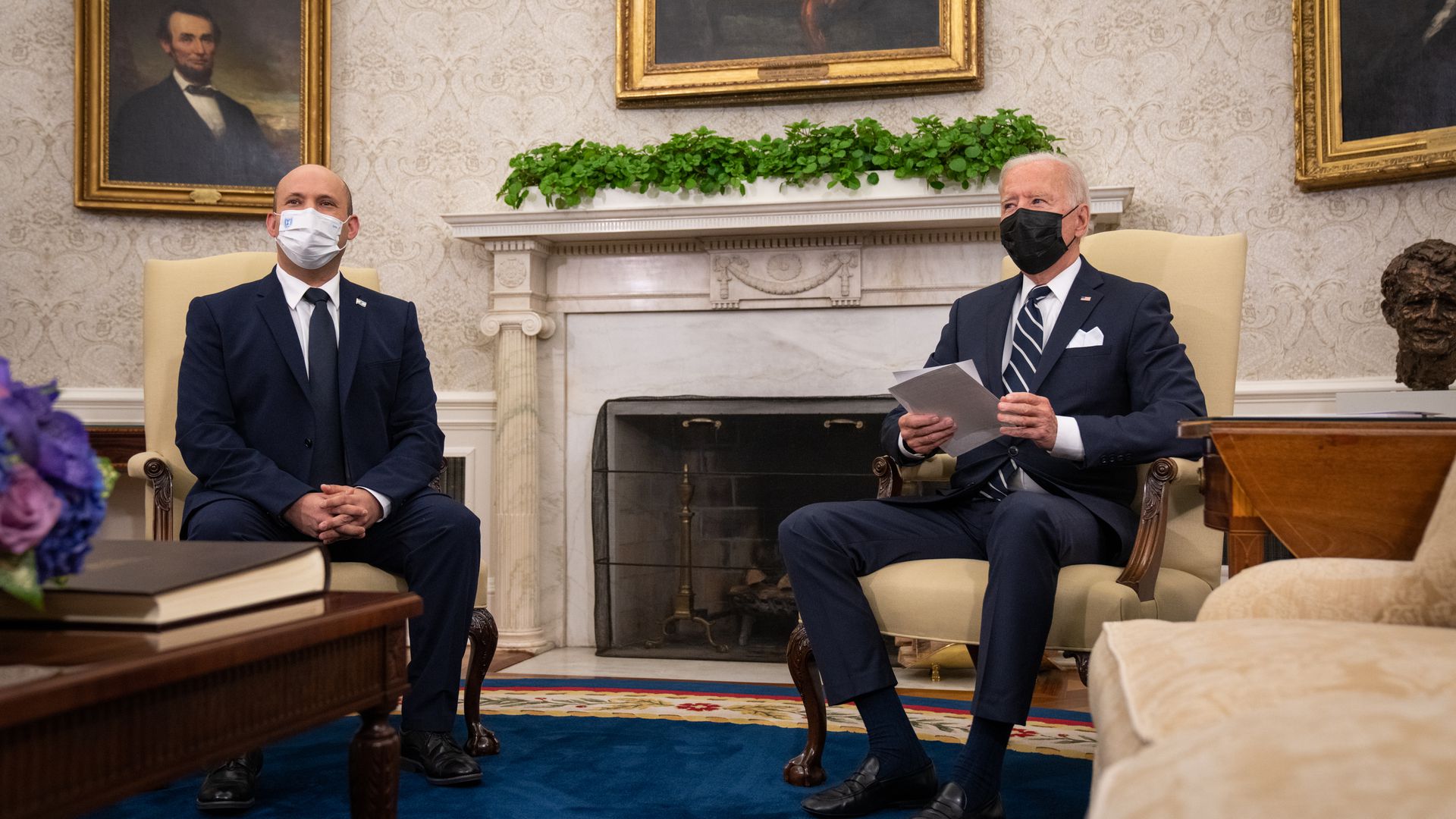 President Biden told Israeli Prime Minister Naftali Bennett during their White House meeting that he will not abandon his plan to reopen the U.S. consulate in Jerusalem, setting up a major point of contention between the administrations.

Why it matters: The consulate handled relations with the Palestinians for 25 years before being shut down by Donald Trump. Senior officials in Bennett’s government see the consulate issue as a political hot potato that could destabilize their unwieldy coalition.

Behind the scenes: Biden raised the consulate issue several times in his bilateral meeting with Bennett and in the expanded meeting with their aides, Israeli and U.S. officials briefed on the meetings tell me.

Between the lines: Several right-wing ministers, including Interior Minister Ayelet Shaked and Justice Minister Gideon Sa’ar, say the reopening of the consulate would be an infringement on Israeli sovereignty in Jerusalem. It’s also a prime point of attack for Benjamin Netanyahu, who is now opposition leader.

Flashback: Trump recognized Jerusalem as the capital of Israel in 2017 and later merged the consulate into the new U.S. Embassy there.

What they’re saying: “Jerusalem is the capital of one country only: Israel. I don’t want to go into details, but this is my clear position,” Bennett said last Friday in a Zoom call with the Conference of Presidents of Major American Jewish Organizations.

What’s next: No steps are expected on this issue before November, meaning the sides have some time to work toward a mutually acceptable solution.