H. B. Msgr. Michel Sabbah is Patriarch Emeritus of Jerusalem. He was the Latin Patriarch from 1987 to 2008, the first non-Italian to hold this position in more than five centuries. He was born in Nazareth, studied at the Latin Patriarchate Seminary in Beir Jala, and was ordained in Nazareth in 1955. He received his doctorate in Arab philology from the Sorbonne. During his priesthood, he served in parishes in the diocese, as the diocesan youth director and the director of education, and as the President of Bethlehem University. Among his publications is Faithful Witness: On Reconciliation and Peace in the Holy Land. 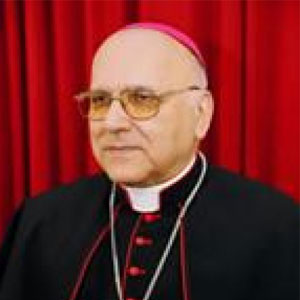