Dr. Shaher Awawdeh, Vice President of the Jerusalem Peace Institute (JPI), is a native of Palestine. He spent more than two decades serving in international and intergovernmental diplomacy, most recently as Deputy Permanent Observer representing the Organization of Islamic Cooperation (OIC) to the United Nations. Prior to assuming his post in New York, he served as senior political officer at the OIC’s Headquarters, where he handled the file of Arab-Israeli affairs since 2001. Before joining the OIC, he served at the Orient House in occupied East Jerusalem (1993-2001) as protocol officer, head of protocol before becoming political assistant to the late Faisal Husseini (head of the Palestinian delegation to the Middle East Peace Talks). While in Jerusalem, he also worked as public relations officer at the Palestinian Human Rights Monitoring Group. He has co-founded and served on the executive boards of several civil society institutions that address world affairs, such as the Palestinian Council of Young Political Leaders, the Civic Forum Institute, the Institute for Middle East Studies-Canada in London, ON, and the Know Thy Heritage initiative. He holds a Ph.D. in Middle East politics from the University of Exeter in the United Kingdom. 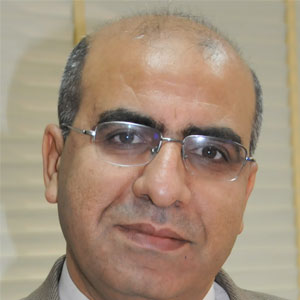