Dr. Mohamed Rabie is an author and former distinguished professor of international political economy. In 1988 he conceived the idea of the US-PLO dialogue, drafted the document that guided negotiations, and coordinated the secret contacts between the US and the PLO that led the US government to recognize the PLO and launch the peace process; and in 1989 he articulated the shared homeland model of conflict resolution. Dr. Rabie published over 43 books in Arabic and English, including Saving Capitalism and Democracy; Global Economic and Cultural Transformation; and A Theory of Sustainable Sociocultural and Economic Development. His writings, interests, and activities reflect a strong commitment to peace, freedom, social justice, as well as to dialogue among different peoples and cultures. 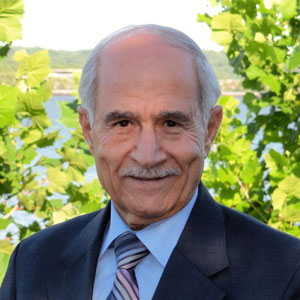