He was born in Beit Sahour (Palestine) in 1950. Ordained priest in 1972, he served 8 years in Jordan. After obtaining his higher degree in English Literature, he became successively Professor at the Major Seminary in Beit Jala and Director of the Minor Seminary. Between 1985 and 1989, Fr. Shomali pursued Liturgy studies at St. Anselm in Rome, and after defending his doctoral thesis, he became Professor of Liturgy, Vice Rector, and Prefect of Studies at the Seminary. He has published a book of hymns, used in all Catholic parishes. Later, Fr. Shomali held leadership positions, including General Administrator of the Latin Patriarchate in Jerusalem, Rector of the Seminary in Beit Jala, Chancellor, and Auxiliary Bishop. Bishop Shomali is the Vice-Chair of the Board of Trustees of the Royal Institute for Inter-Faith Studies in Jordan and member of the pontifical council for interreligious dialogue with Islam. He has received several honors, including his nomination by the French president as knight of the Legion d’honneur and as Officer’s Cross of the Order of Merit of Hungary. 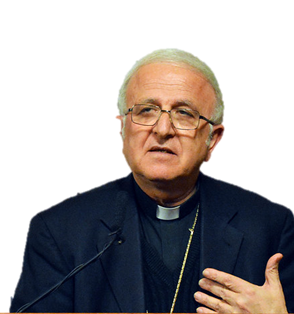