H.E. Ambassador Afif Safieh (retired) is a distinguished  Palestinian diplomat. He served successively as a Palestinian delegate to The Netherlands, United Kingdom, Holy See, United States, and Russian Federation. Born in Jerusalem, Safieh attended College Des Frères and then obtained a political science and international relations degree from the Catholic University of Louvain in Belgium. He continued his education at the Paris Institute of Political Studies in Paris. During the Fateh sixth national conference held in Bethlehem in 2009, Ambassador Safieh was elected to the Fateh Revolutionary Council—the parliament of the Fateh movement. That same year, he was invited by Dr Nabil Sha’ath, the Commissioner for International Relations for the Fateh movement, to be Deputy Commissioner for International Relations. In 2014, he was awarded the degree of Doctor of Humanities, Honoris Causa, by Bethlehem University. His publications include Children of a Lesser God?, The End of Pre-History, On Palestinian Diplomacy, and The Peace Process: From Breakthrough to Breakdown 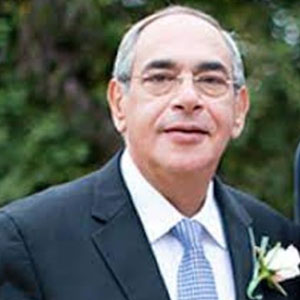