Daoud Kuttab, born in Jerusalem, is a Palestinian journalist and media activists. He served as the Ferris Professor of Journalism at Princeton University, and is currently the director general of Community Media Network. Kuttab has worked in journalism since 1980, beginning with the Palestinian print media (Al-Fajr, Al-Quds, and Asennara) as well as the audio-visual field. He established and presided over the Jerusalem Film Institute in the 90s. In 1995, he helped start the Arabic Media Internet Network (AMIN), a censorship free Arab website www.amin.org. Between 1996 and 2007, he headed the Institute of Modern Media, which he founded at Al-Quds University. In 2000, he established the Arab world’s first Internet radio station AmmanNet (www.ammannet.net). He has co-produced several award-winning documentaries and children’s television programs. Kuttab’s op-ed columns have appeared in The New York Times, The Washington Post, The Los Angeles Times, The Daily Telegraph, and Shimbum Daily in Tokyo. His international awards include the CPJ Freedom of Expression Award, the IPI World Press Freedom Hero, PEN Club USA Writing Freedom Award, the Leipzeg Courage in Freedom Award, and the Next Foundation (UK) Peace through Media Award. He is a regular columnist for The Huffington Post, Palestine News Network, Al Arrabiya.Net, and The Jordan Times. 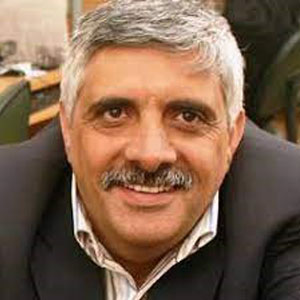